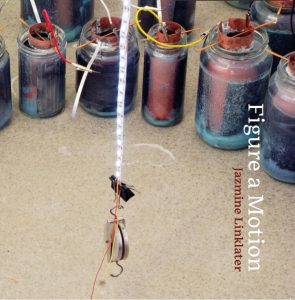 Figure a motion: New poetry book launched inspired by works in the Collection

Creative writing alumni Jazmine Linklater has published a new book of poetry, inspired by artworks in the University of Salford Art Collection.

Figure a motion began at the ‘Ruth Barker & Hannah Leighton-Boyce’ exhibition at Castlefield Gallery in 2018, an exhibition co-commissioned by the Gallery and the University. Both artists make work dealing with woman and the body, an ongoing interest shared in Linklater’s writing practice:

“I started these poems in response to new works by Ruth Barker and Hannah Leighton-Boyce, which included sculpture, installation, performance, photography. You can find some of my thoughts about the show at Castlefield Gallery at MAP Magazine online. I was fascinated by the oblique relation each body of work had to the woman’s body, and the idea of ‘woman’ more generally, in her various guises as mother, myth, and experience. The works’ sociality encouraged response – created through multiple collaborations, they induced conversation. The kind that spills over spatial and temporal borders, towards expansion and, in this case, towards poetry, in which I’m trying to explore and expand those conversations.”
– Jazmine Linklater

Glasgow-based Barker was originally invited to Salford & Manchester for the commission, and produced a set of performance-based works for the collection – including an audio work recorded at Salford’s anechoic chamber, and a textile based work produced with our graduate scholar Alena Donnelly.
Leighton-Boyce, who is based at Rogue Studios in Manchester, swapped cities with Barker, and visited Glasgow Women’s Library for inspiration – making new sculptural, installation, and photography based works. The exhibition later toured to the Library in 2019, accompanied by new poetry from University Chancellor and writer-in-residence Jackie Kay CBE.

Read more:
– Jazmine’s responses to the exhibition at MAP Magazine
– A recent interview with Jazmine at MAI Feminism 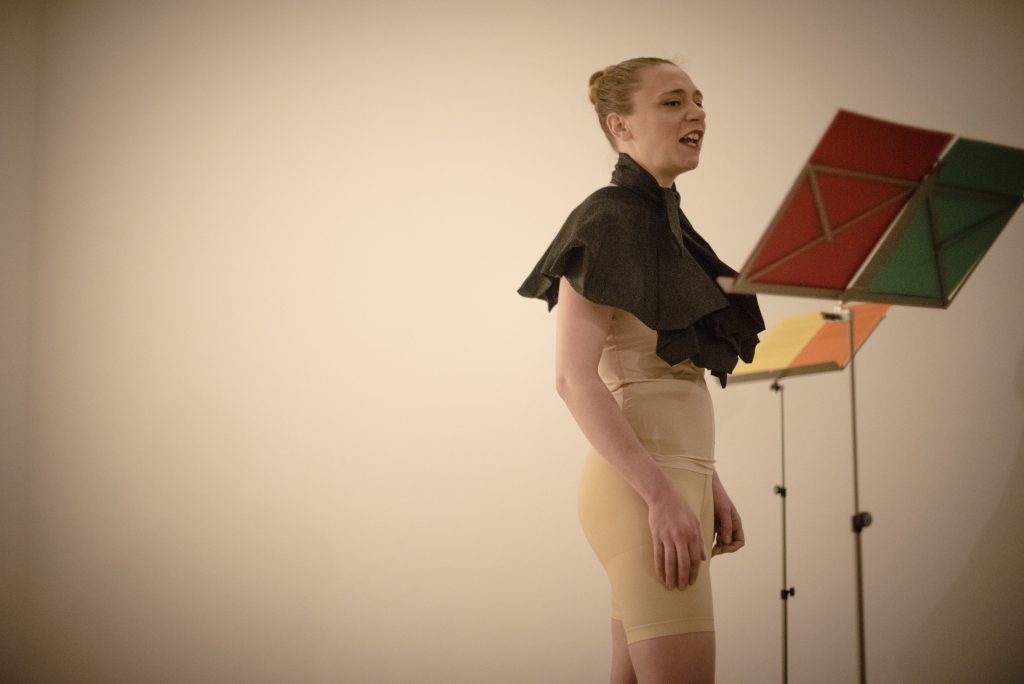 Ruth Barker, If this is the last thing that I say (2018) performance
Image courtesy of Drew Forsyth. 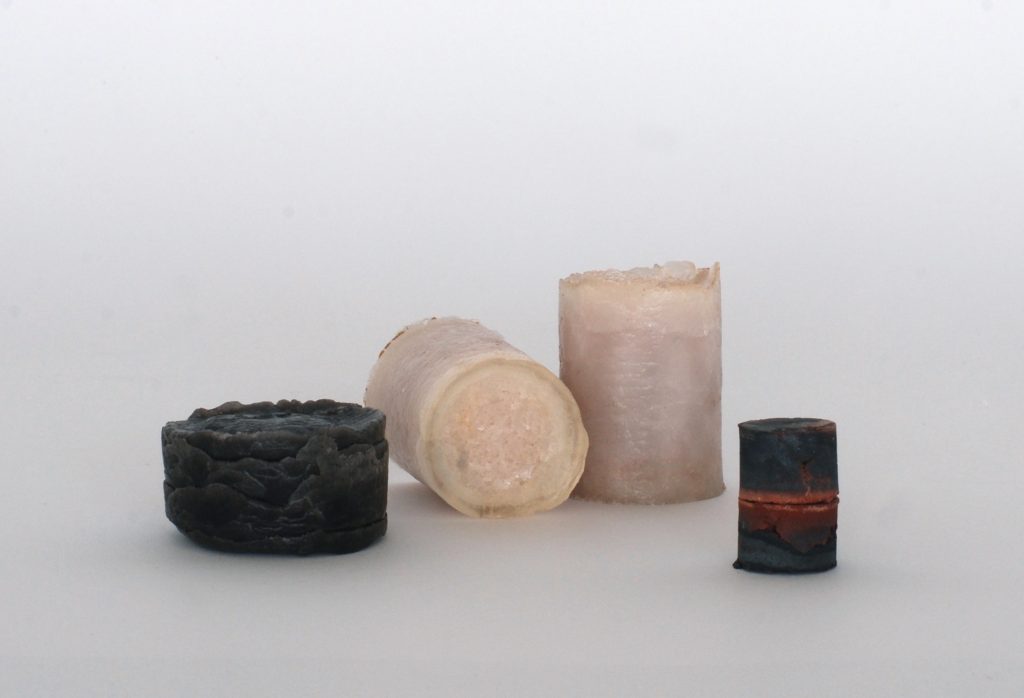 Jazmine Linklater studied Creative Writing at the University of Salford. She has published two previous pamphlets, Toward Passion According (Zarf, 2017) and Découper, Coller (Dock Road, 2018). She is a co-founder of the queer feminist collective No Matter, and facilitates creative writing workshops at Manchester’s Waterside Arts Centre. Jazmine works for Carcanet Press and T-Junction International Poetry Festival, and sits on the editorial board for Broken Sleep Books.