We are a small but ambitious team, working with a number of industry partners and colleagues to maximise the work we do. Collaborators include: Salford Museum & Art Gallery, Castlefield Gallery, Open Eye Gallery, Quays Culture, Paradise Works, Islington Mill, Hot Bed Press, CFCCA, as well as our own School of Arts & Media, and Chancellor Jackie Kay. 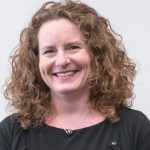 Lindsay has led the strategic development of the University Art Collection since 2013, including brokering key partnerships with art organisations and increasing the cultural profile of the University. In this role she has commissioned work by Cao Fei, Declan Clarke and Brass Art.   She works closely with colleagues in the School of Arts and Media to embed opportunities for learning, research and public engagement.

Until April 2013 Lindsay worked at the Harris Museum and Art Gallery, Preston where she built up a reputation for delivering an ambitious contemporary art exhibition programme, working with artists and commissioning new works, in particular new media work.  Projects initiated included Paradise by Kutlug Ataman (2008), Simon Faithfull: Recent Findings (2010), Current: An Experiment in Collecting Digital Art (2011), Piercing Brightness by Shezad Dawood (2011)  and the Digital Aesthetic series of exhibitions and conferences in partnership with the University of Central Lancashire (2001, 2007, 2012). Lindsay started her career at the Walker Art Gallery and Tate Liverpool.

Previously she was co-Chair of Contemporary Visual Arts Manchester, jointly steering a complex cross-regional artist development project. She is currently a trustee of the Peter Scott Gallery Trust at Lancaster University and on the advisory board for the Grundy Art Gallery in Blackpool. 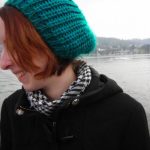 Alongside, Stephanie maintains a personal practice as an artist and freelance curator. She is a co-founder and Director of The Birley Artist Studios & Project Space (2014) and a member of the Preston Cultural Framework Board (2018) with Preston City Council.

Main research interests include: digital & new media, environment/ecology, and radical politics – as well as re-thinking the roles that museums, collections and artists can play.