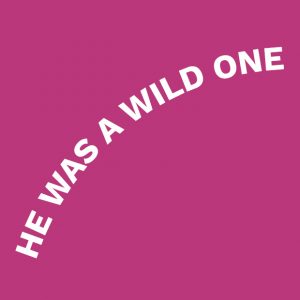 He was a wild one

Download the He was a wild one exhibition handout:Download

He was a wild one draws together British music photography from the 1950s and 1960s, from the Open Eye Gallery archive in Liverpool and the University of Salford Art Collection.

The works in this exhibition have been selected by local residents from across Greater Manchester; all of whom were young people during the era. Working with Creative Producer Liz Wewiora, members of the Cross Acres Community Centre and the Many Hands Craft Collective have researched and discussed the archive images through a series of workshops; and have shared their personal memories and recollections of the vibrant music scene of their youth.

The project is part of Together We Move, an ongoing community engagement programme which celebrates Everything I Have Is Yours – a new artists’ film commission by Ben White and Eileen Simpson (Open Music Archive) currently on display at Salford Museum & Art Gallery (until 3rd Nov). The film, co-commissioned by the University of Salford Art Collection, looks back to the first decade of the UK pop charts (1952 – 62).

Due to popular demand, a selection of the photographs from He was a wild one will be exhibited at our Council Chamber building in an extended run. This iteration of the exhibition also includes contemporary music photography from current BA Photography students, submitted in response to the show.